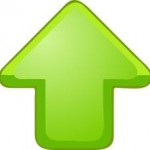 According to Standard & Poor’s Case Shiller index, the Twin Cities home prices are up, ranked second in the nation for home price increases in July – The index compared home prices in 20 cities and only Phoenix scored higher!  Home prices were up 6% for the month.  This is especially significant because the Twin Cities has been one of a few regions where home prices continued to fall even after most of the market began to stabilize.  Prices in the Twin Cities hit bottom in March 2011 while most of the country hit bottom in 2009.  The trend is expected to continue.  As of September 15th in the Twin Cities, pending sales were up 20% and new listings were almost steady calling inventory to fall to near record low levels.  The market is returning to a supply and demand market.