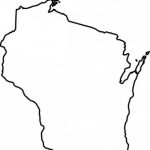 The Wisconsin housing market continued to grow as existing home sales increased 4.6 percent in September of 2012 compared to September 2011, according to the most recent monthly report by the Wisconsin REALTORS Association. Median prices also increased over that same period, increasing 0.2 percent to $135,000 in September. Sales have now increased for 14 straight months, and prices have been up the last seven months. The median price rose to $134,700, which is an increase of 0.2 percent relative to September 2011. Wisconsin has seen median prices up now for seven straight months, and year to date, they have grown 1.1 percent.  The state has made progress in terms of reducing its inventory of unsold homes, which fell from 16.2 months of supply in September of last year to 12 months of supply last month.

Remember that I am a licensed Realtor in Minnesota AND Wisconsin, so if you are looking at buying or selling in Wisconsin, contact me!