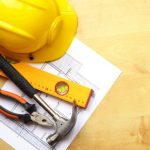 According to the Builders Association of the Twin Cities in 2012 builders and developers got permits to build 9,035 units in the 13-county metro, a 99.5 percent increase over 2011. That included permits to build 4,058 single-family homes and 4,977 multifamily units.

Ryan Jones of the Twin Cities office of Metro Study said that land scouts are back on the hunt, especially in the first- and second-ring suburbs where the housing crisis helped make building sites in prime locations more affordable than they were at the peak of the market. As those lots have been gobbled up, developers are now working their way back out to the outer edges of the metro in search of developable land with the expectation that development — and higher prices — will work its way back out again. Right now there is a shortage of buildable lots on the market.

Because of the increase in demand for new construction, the builders are starting to take away some of their sales incentives and in some areas have also increased their home prices.