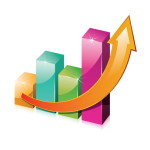 Even though the weather has been cold and snowy, the home buyers are out in full force in the Twin Cities this year!  According to the S&P/Case-Shiller study, Minneapolis-St. Paul was one of just 8 US cities with double digit price increases, up 12.1% in January 2013 from January 2012.

According to the Shenehon Center for Real Estate at the University of St. Thomas the median sale price in the Twin Cities in February was $205,500 which is a 14.2% increase over February 2012 and this number is just for traditional sales, not distressed properties. The last few months have shown that sales of traditional homes account for 50% or more of all sales which is a very positive sign.

The biggest market challenge is still the low inventory of homes for sale which is driving up prices.  Hopefully with the sales prices on traditional homes increasing more home owners will have better equity positions and will be able to put their homes up for sale.

Builders are also reaping the benefits of low home inventory with more people looking to build. There were 360 building permits issued for single-family homes in the 13-county metro area in January, which is an 80 percent increase over the 200 permits issued in January 2012.