This article originally appeared on the Bankrate® website on June 25, 2015. The article was written by Judy Martel and can be viewed in its entirety here under its original title, “Free-home offer hard to refuse“.

At first glance, the Sicilian town of Gangi’s offer to give away houses seems too good to refuse. But in fact, the homes need a little more than a fresh coat of paint. 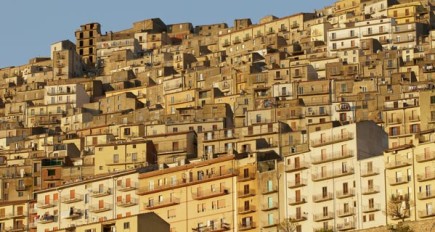 The price is right! So far more than 100 homes in Gangi have been claimed.
© Bruno Morandi/Hemis/Corbis

Many of the homes being offered have been abandoned for generations. New owners, who acquire a dwelling from the local government either for free or for a nominal fee, have four years to make it livable, according to the New York Times.

The abandoned homes are the result of waves of immigrants leaving Sicily for a better life in the U.S. According to Gangi’s mayor, the town’s population shrank from approximately 16,000 in the 1950s to approximately 7,000 today.

A difficult economy has kept buyers away — until now, that is. The town is enjoying a revival of sorts, with “dozens” of potential homebuyers seeking a holiday retreat, according to the Times.

Located in between Palermo and Catania, Gangi was considered too far from the sea to be a tourist attraction, Mayor Giuseppe Ferrarello told the Times. But the offer of free homes has “set in motion a mechanism that was previously unthinkable for a city in the center of Sicily,” he said.

So far, the unorthodox approach seems to be fruitful: The local government streamlined its notoriously tangled bureaucracy to facilitate the process and so far more than 100 houses have been given away or sold for less than market prices.

Interested in buying in Italy? Here’s what you need to know before calling the country home.

This article originally appeared on the Bankrate® website on June 25, 2015. The article was written by Judy Martel and can be viewed in its entirety here under its original title, “Free-home offer hard to refuse“.