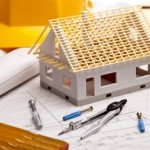 New construction in Lakeville is going gangbusters! According to the Builders Association of the Twin Cities which tracks 102 communities, Lakeville is the most active, ranking first for this year!

Commercial and industrial permits are also up from the same period in 2012. As of the end of July there were $8.5 million in permits compared to $8.1 million in 2012.

According to the Builders Association of the Twin Cities, building permits and planned projects are at their highest level since 2007 and permits in the Twin Cities are up by 37% since the same time last year.

In the Twin Cities, 452 building permits were issued in May 2013 and year to date there have been 1,879. Minneapolis had the most number of unit permits with 183 in May. Blaine came in second with 93, Woodbury had 39, Lakeville 35 and Plymouth had 33.