2016 Foreclosure inventory in Minnesota among the lowest in the nation

2016 Foreclosure inventory in Minnesota among the lowest in the nation

This article appeared in on the Star Tribune website and was written by Jim Buchta. Click Here to view the article in its entirety in its original setting.

Article By Jim Buchta at StarTribune.com 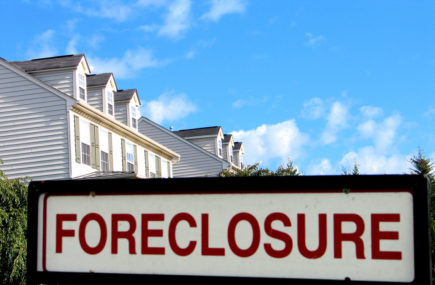 Foreclosure inventory in Minnesota was among the lowest in the nation, bolstering the notion that foreclosure prevention efforts and a strong economy have been a boon to the state’s homeowners, according toCoreLogic’s National Foreclosure Report.

Frank Nothaft, chief economist for CoreLogic attributed the trend to income growth and improved. “Job creation averaged 207,000 during the first two months of 2016, and incomes grew over the past year,” he said in a statement.

This article appeared in on the Star Tribune website and was written by Jim Buchta. Click Here to view the article in its entirety in its original setting. 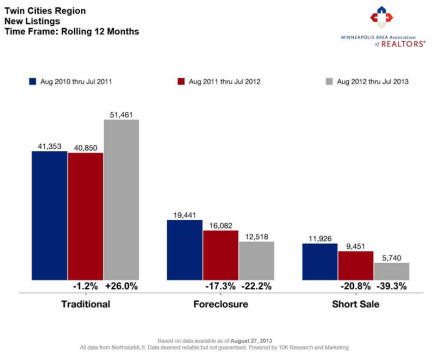 Traditional sellers are coming back into the market. All new listings were up 24.6%, but the traditional homes on the market were up 55.7%, the highest increase in almost ten years. Inventory is still low, down about 13% from July 2012 which is making this a seller’s market. The average days on market time is now 72 days and sellers are receiving an average of 97.5% of asking price which is the highest ratio in about seven years.

Who’s Back In The Market 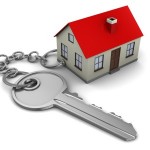 Did you know that one in ten home buyers this year have been through a short sale or foreclosure? This number is more than double the number of the same type of buyers in 2012.  If people keep their credit in tip top shape, pay bills on time, have a good employment record, and save money for a down payment it is possible to get certain types of mortgages just two to three years after a foreclosure or short sale. The length of time can also depend on the circumstances of the foreclosure or short sale, such as an illness, layoff or death. Divorce is not one of those circumstances that helps. With around 150,000 homes in Minnesota being sold as foreclosures or short sales from 2005 to 2012, that makes for a lot of former homeowners that could get back into the housing market as buyers! If you have been through a short sale or foreclosure and would like to buy a home, contact your mortgage banker to see what your options are.

The State of Shadow Inventory 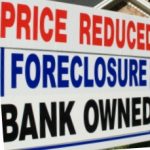 Shadow inventory refers to distressed homes that are not yet on the market. This includes homes where the owner is over three months behind on mortgage payments, homes in foreclosure and homes that the bank owns but has not yet listed.

January 2010 was the height of the mortgage delinquency period. Right now the number of delinquent loans is still 1.4 times higher than the period of 1995 – 2005, but it is down significantly from the peak.