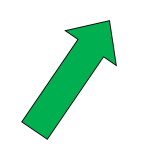 Minnesota is a good job state

According to Career Builder.com, Minnesota is a good job state – we ranked number 7 in the top 10 best states to find a job!  The Midwest in general seems to be an area with lower unemployment.  North Dakota is the best state as far as low unemployment goes.  To see who all place in the top and bottom 10, click here.