Preforeclosure Notices Are Down 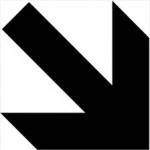 If you are experiencing difficulties paying your mortgage or need to sell but owe more than what your home is worth, take a look at my short sale and foreclosure page for more information.