Results For Tag: US housing market 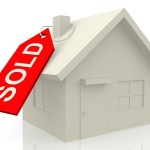 US home prices fell in April at the slowest pace in more than a year, adding to signs the U.S. housing market was firming according to Bloomberg News and S&P/Case-Shiller.

The S&P/Case-Shiller index of property values in 20 cities dropped 1.9% in April from the same month in 2011, the smallest decline since November 201-, after decreasing 2.6% in the year ended March, the group said Tuesday in New York.  The median forecast of 28 economists in a Bloomberg News survey projected a 2.5% drop. END_OF_DOCUMENT_TOKEN_TO_BE_REPLACED